Lost sons from Berkshire, emails from Provincial grand masters, sons-in-law who are also cousins and a great evening to remember. The installation meeting at Poulton-le-Fylde Lodge No 4040 had these and more. 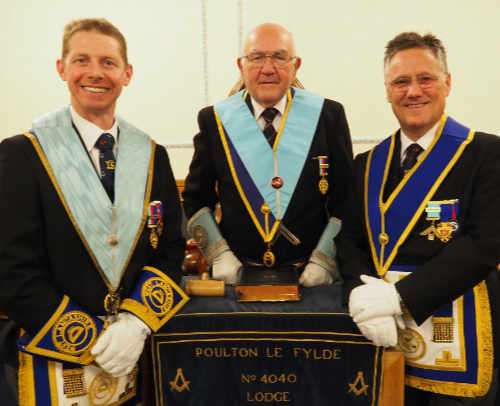 Pictured from left to right, are: Martin Dennison, Ray Boardman and Simon Gartside.

New master, Ray Boardman, couldn’t help but enjoy being installed after being presented for installation by son-in-law Simon Gartside, who had travelled from Bracknell in Berkshire for that purpose. Also, very much involved in the proceedings was Ray’s other son-in-law, Martin Dennison, who is the assistant director of ceremonies of the lodge. Oh, by the way, Simon and Martin are first cousins!

All three have previously been masters of 4040, as the lodge is affectionately known in the building. Ray was first installed as master in 1989, almost 30 years ago to the day. Simon was installed in 2007 and he in turn installed Martin the following year.

They had all been to Sindlesham the week before for Simon’s installation into the chair of the Berkshire Lodge of Gratitude No 9210, where Ray and Martin had taken part in the ceremony that evening. The Provincial Grand Master for the Province of Berkshire, Anthony Howlet-Bolton, was also in attendance at Simon’s installation and consequently sent a kind email to Ray, which was read out during the meeting.

Pictured from left to right, are: John Robbie Porter, Ray Boardman, Tony Riley and Stephen Bolton.The email reads as follows: “’Dear Raymond, on behalf of the Province of Berkshire I send you fraternal greetings. It is clear that you remain a very active Mason after some 37years in the Craft. You are clearly a glutton for punishment as I note that you have just vacated the first principal’s chair in the Chapter of Fidelity No 1256 earlier this year. I wish you well in your year as WM of Poulton-le-Fylde Lodge, some 30 years almost to the very day since the first time. Fraternal Regards, Anthony Howlett-Bolton.”

The installation ceremony went very well on the evening with Tony Riley installing Ray as his successor, with John Nicholson directing with the assistance of Martin Dennison. Excellent explanations of the working tools were delivered by Bill Roscoe, Mike Lumby and Glenn Priestley. 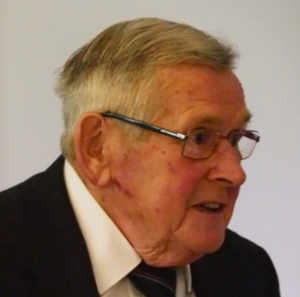 Tom Prue speaking at the festive board.

Other addresses maintained the quality of the ceremony with Martin delivering the address to the new chaplain, Malcolm Hindley to the tyler, George Roper to the WM, Glyn Lloyd to the wardens.

The address to the brethren of the lodge was delivered by Stephen Bolton, Chairman of the Preston Group, who was representing Provincial Grand Master Tony Harrison. Following his address Stephen Bolton conveyed the congratulations of the Provincial Grand Master, adding that the whole meeting had been masterfully directed by John Nicholson, with some excellent addresses. Stephen also thanked the lodge for the impressive cheques for charity totalling £500.

After the meeting the brethren retired to the banqueting suite where they enjoyed a fine meal and toasts and responses in the normal way. They were also treated to a bit of lodge history presented by the 1978 WM Tom Prew. This was followed by a raffle which realised £150.

In his response to the toast to his health Ray Boardman was keen to voice his excitement at being the WM during the lodge’s centenary year of 2020, as the lodge was consecrated on 23 April 1920. The main celebration will be held at Singleton Lodge Country House Hotel on 19 April 2020. 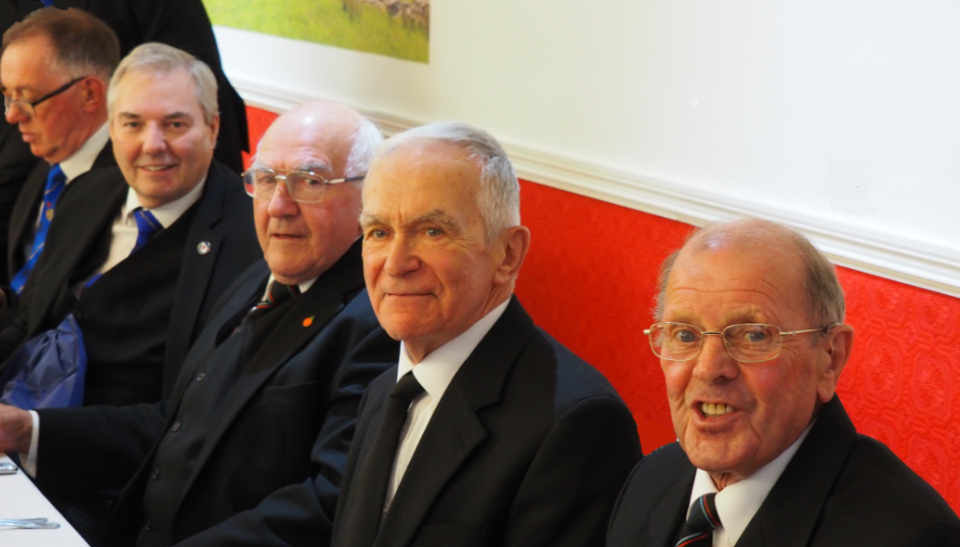